AEGEE-Europe was present in the World Youth Conference in Sri Lanka, with the participation of our Liaison Officer towards the European Youth Forum, Marko Grdosic, and liaison officer towards United Nations, Laia Garcia working on young people’s involvement and participation in the post 2015 MDG process of the UN. 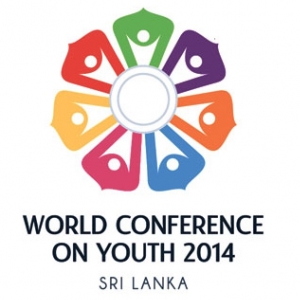 During the 1 week conference, representatives from all the Governments in the world (both Government Official from each of the Ministries of Foreign Affairs and youth representatives from each of the National Youth Councils) together with international youth prepresentatives from the biggest  International Youth Networks in the world, met and dived into hard and heated discussions and negotiations, on what should be the worldwide position from young people, to be sent to Mr Ban Ki Moon, Secretary General of the United Nations for the upcomming process of the Post 2015 Millenium Development Goals Agenda.

AEGEE had the opportunity to participate fully in the discussions and negotiations being both present with Marko and Laia, but also represented by Astrid Schrader who was part of the official facilitators team of the World Youth Conference Team, ensuring proper and guided discussions throughout the whole event.

AEGEE-Europe looks forward to the reaction of the Secretary General of the United Nations. The World Youth Conference has been a great step in asking young people about the Post 2015 MDG agenda, and including them in the discussion. Now UN must ensure that young people’s voices are not a mere paper archived in the UN Headquartes, but that these recommendations are fully endorses by all UN Systam bodies, world Governments and reflected in the final outcome decisions regarding the new Millenium Development Goals.